What’s on this January in Port Lincoln

What’s on this January in Port Lincoln

January is a great time to visit picturesque Port Lincoln on the Southern tip of Eyre Peninsula. The weather is perfect for enjoying the pristine beaches fishing, swimming, sailing and surfing. There are plenty of great community events on this January in Port Lincoln. The Tunarama Festival is held over the Australia Day long weekend. The Festival is a celebration of the start of the Tuna Fishing season. Port Lincoln is known as the seafood capital of the world and is famous for its Tuna Fishing Industry. It has Australia’s largest commercial fishing fleet and aquaculture including tuna farms, kingfish farms, mussel farms, abalone farms and oyster farms that attract visitors worldwide.

Port Lincoln is a popular destination for cruise ships. The cruise ship season runs from October to April with the number of ships visiting Port Lincoln varying year to year. The first of the Cruise Ships, the Vasco DaCama, berths in Port Lincoln on the 5th at 6.30am and departs at 5pm. The Golden Princess arrives on the 7th and again on the 27th of January. The Sun Princess will arrive on the 14th of January.

The Port Lincoln Art Prize exhibition is an annual event open to all Australian residents and provides a prestigious competition for the many artists who enter and the opportunity to have their efforts publicly acknowledged with the chance to win cash prizes. The annual Port Lincoln Art Prize is celebrating its 12th year and has grown and developed into a significant award and exhibition for the region attracting artwork from Australia wide.

The 28 films selected feature contemporary weaving, woodwork, ceramics, glassblowing and metalsmithing, offering a unique opportunity to witness craft in action and the narratives, passion and skill inherent in the creation of works.

Discover a world in miniature, performance that intertwines clay and dance, the beneficial impact of creativity on health, an outdoor gym that makes bread, animation celebrating the special role that dogs play in remote community life and documentaries about making, from giant pots to replica birds’ eggs, and more, in this diverse range of shorts.

Nick Cunningham is a Byron Bay based folk singer/songwriter. In 2019 Nick was the winner of the Falls Festival Foster a band competition, earning his place on stage at the highly regarded music and arts event. He has also performed at Splendour in the Grass and the Byron Bay Blues and Roots Festival as well as appearing online for Sofar Sounds and Tram sessions.

Calling all families, get on down to the racecourse for a fun filled day of action for the whole family. Michael from Wild On Eyre will be on course with his hands on Australian small animal displays for the kids. Adults, why not join in the fun, wear your undies on the outside or your best glass slippers and receive a drink voucher at the gate for making the effort to dress up.

Feel like the holidays have passed you by? Well kick back after work on the lawn and soak up the great summer atmosphere.

The Tunarama Festival is held annually over the Australia Day long weekend. Now celebrating its 59th year! Be part of the fun competitions such as the tuna toss, sand sculptures and  boat building. On Saturday is the Bendigo Bank Street Procession starting at 12pm. There will be FOOD STALLS & MERCHANDISE ALLEY & SHOWRIDES along the Boston Bay foreshore from 4pm on Friday till the festival closes 4pm Monday.

As part of the Tunarama Festival a spectacular food and wine event will be held in the Eyre Square Marquee. A fantastic taste of the Eyre Peninsula’s best local produce prepared by talented local chefs and award winning local wines and craft beers. Come and enjoy one wild night and rock on to ‘One Wild Night’ the Bon Jovi Tribute Show.

The whole community is invited to be a part of Tunarama’s biggest celebration and witness the crowning of the ‘2020 Tunarama Ambassador presented live on the main stage in Eyre Square! One of the longest running charity quests in Australia! One entrant will be chosen as the Ambassador to represent the Tunarama Festival and Port Lincoln at various events over the following year. 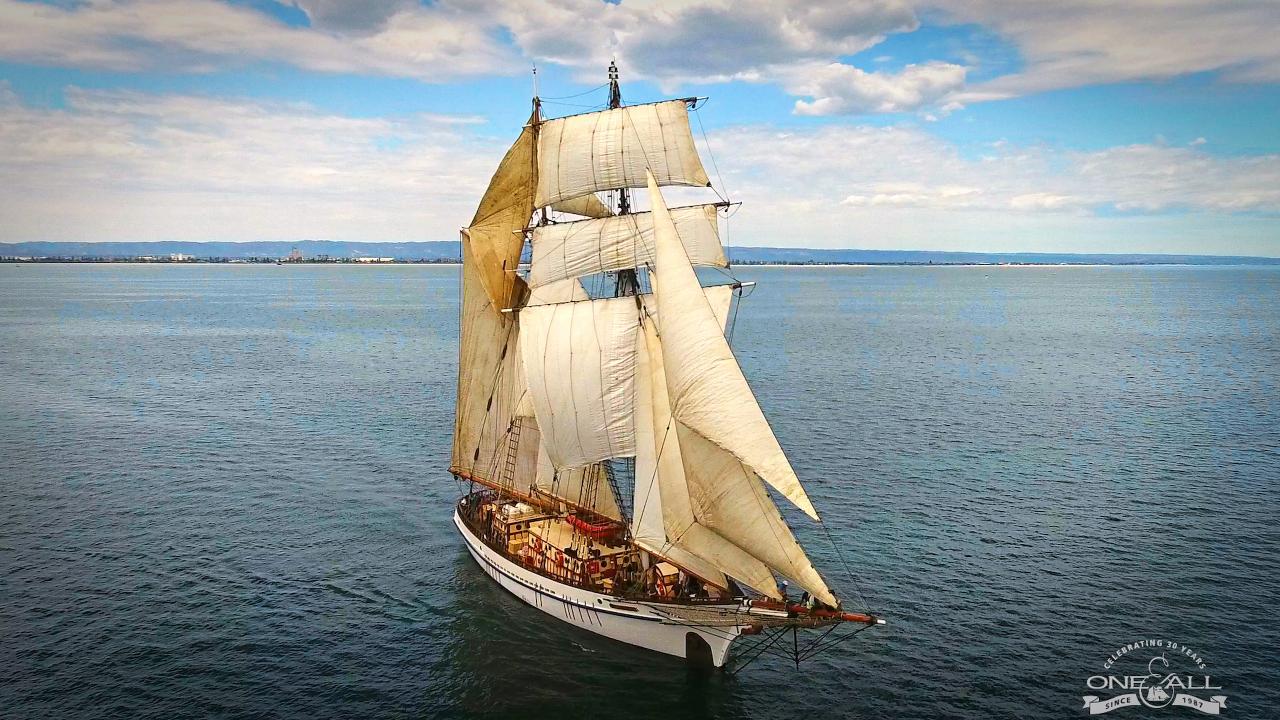 The One and All will be In Port Lincoln for the Tunarama Festival. Sunday night is the fireworks display and the best ticket to have is on board the One and All. Experience tall ship sailing in the picturesque Boston Bay. Enjoy the opportunity to have the same experience as thousands of sailors across the ages. Be involved in setting the sails or just sit back, relax and enjoy the atmosphere.

Coming for a holiday…

If you are planning a holiday to Port Lincoln and need accommodation or wanting to find out what is on during January, our Port Lincoln Business Directory has over 1000 local businesses listed for your convenience.